A companion to the concept album released in 2019, Original Demos and Outtakes is a rough and unpolished partial testimony of a different approach.

The previous incarnation of the concept album was mostly instrumental, supported by a vast array of strings and a convoluted almost-silent narration. A vast amount of material had accumulated during the years, as the core of the concept shifted a few times along with a change of collaborators.

The basic idea revolved around a single character named Mark, who discovered how his grandfather spent years in a German concentration camp during WWII. Trying to retrace his story, he falls back into an obsession about the connection between the war and the decades that followed. The iron curtain and a frozen status quo which kept the world in a stasis.

Mark would be an actor, alone in a large minimalistic room: a couch, a window and a white wall with a flat screen showing movies and documentaries from the Cold War era. A fragment of a movie in-between each song complemented the chronological narration, with his monologues going back to the private story.

After spending the whole night like this, he makes tea when his New York apartment is suddenly shaken by something loud and rumbling. He runs to the window. It’s Tuesday, the eleventh day of September, 2001.

Only two songs had lyrics: Niemandsland and The Logic. Originally focused around the Italian era called years of lead, the latter became a manifesto of how I saw this public history intertwined with a family quest.

Around the second half of 2017, after Paolo left the UK and this project, I had decided to rewrite the concept from scratch. “After 1989” is what came out of that solo effort, much more focused, simpler and direct. Few pieces survived from the demo stage.

Trying to convey such a complex story through long instrumental pieces was naîve: without a theatrical set, it would have never stood a chance of getting understood. The vast majority of the words came from the historical sound effects, which I painstakingly sampled, restored and edited using iZotope RX.

We recorded, arranged and roughly produced about 15 pieces of music, including the two songs. At the time I had plenty of material pre-produced with Logic Pro. A few ideas came from ancient drafts, including a piano theme from my game audio years which became Nine Eleven, later morphed into the opening lead song Skinny Kid. We listened to these old demos of mine, talked about potential new structure and arrangements, then simply started playing guitar and bass over some groove. All the recordings, audio and MIDI, had been done in Reason 8.

My Warwick Thumb bass and Paolo’s Fender Strat are both around thirty years old now, and they’re prominently featured in the album. I didn’t use many plugins to produce the rough mixes: I mostly relied on Reason’s brilliant integrated rack: the SSL-based mixer with his familiar channel strip, the 1970s-sounding delay reminiscent of a Roland Space Echo, and a couple of reverbs. The only exceptions were made for his electric guitar: we adopted a custom mix of Line-6 and Kuassa virtual amps. It’s still pretty effective, though I re-amped many tracks for the final album. 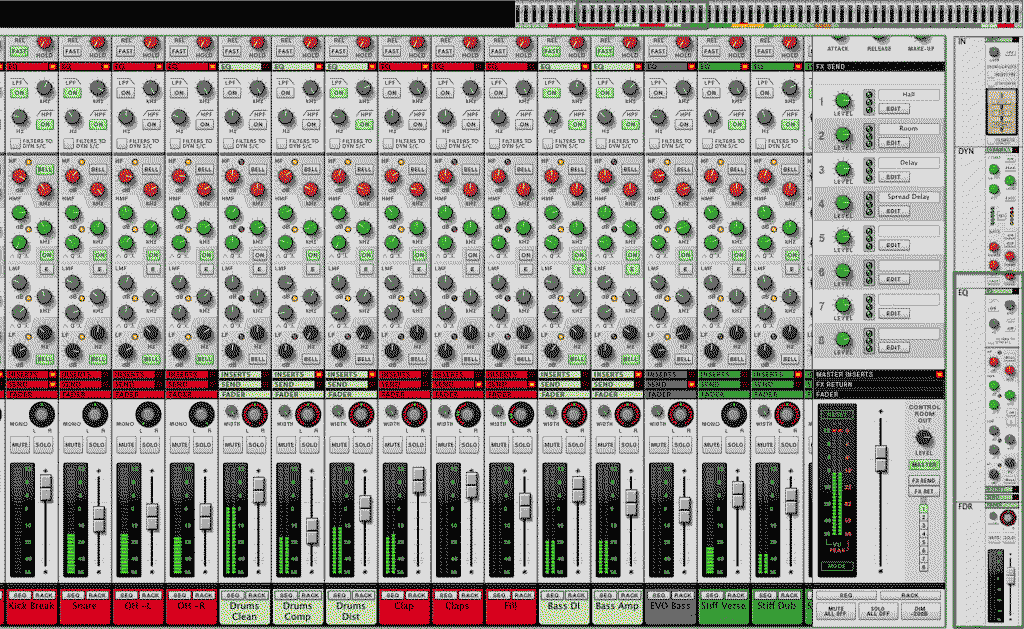 The first version of The Logic was in Italian. I’ve decided not to add it to Demos because I couldn’t find a proper version. Several other instrumental tracks were dropped because they were either not written by me and/or didn’t really fit the concept.

I also dropped the second full-fledged song, Niemandsland. Paolo wrote the music, while the amazing Rachel Goodman sung my lyrics. A few sections of Rach’s performance were later repurposed in Skinny Kid. The two songs don’t share much, therefore I had to put down hours of work in order to salvage her effort and make it fit a completely different set of chords at a faster tempo. Flex Time and Flex Pitch from Logic Pro X helped me quite a lot with the task.

—
Recorded in Milan, London and Cambridge. Produced by Simone Silvestroni at the Garden Room, Cambridge.

Not mixed nor mastered.